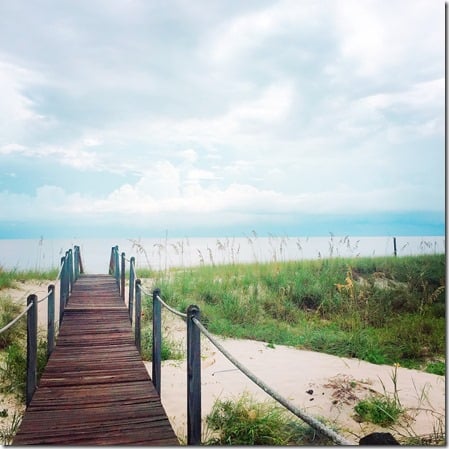 It’s a really big weekend around here. We are celebrating an anniversary, awaiting the first Alabama football game of the year, and FINALLY going on vacation for the first time in a long time. There is a lot of great things happening this weekend and day 1 is jam-packed already.

A few years ago, two kids who had the world in front of them got hitched in the middle of a hurricane on the opening weekend of Alabama football. I knew anniversaries would be combined with football excitement. Little did I know that Nick Saban would bring Alabama back to glory and we would enjoy several years of winning seasons and opening weekend showcase meetings. For the past few years, we alternate Dallas and Atlanta for one of the two big primetime opening games. 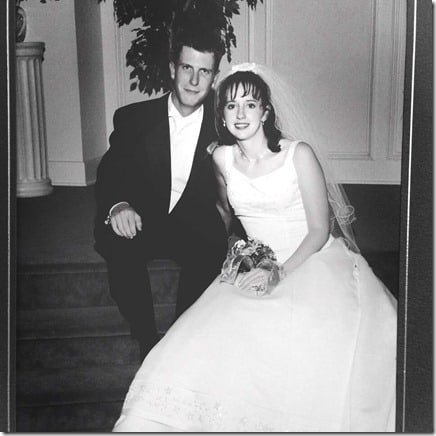 Another cool thing about this weekend is we are going on vacation. We have not travelled on our anniversary weekend in many years. Mostly because we normally travel 3-4 weeks in June to Colorado. By September, he is working extra shifts to cover those people who worked his shifts while we were gone and it’s hotter than blue blazes and we are looking forward to our usual October beach trip. This year, we were building the house so we skipped our big trip and decided to do 2 small beach trips. Labor Day weekend, opening Alabama weekend, and anniversary weekend seemed like a great idea.

We got an early start because I had a Starbucks tradition to continue. In previous years, I have been able to sweet-talk my Target baristas into giving me the pumpkin-spice latte early. But this year, apparently there were some hard and fast rules about early pass so I was in line for the first day of PSL. It was worth the wait. 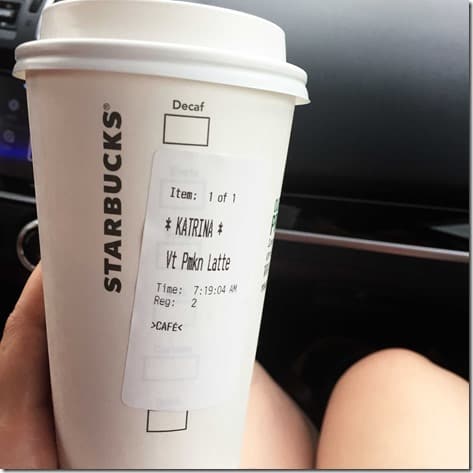 Gas station snacks are a must. Jalapeno Cheetoes are our favorites. I also needed some protein. Bottled tea is like the home made stuff, but this brand is the best of the bottles. I could down a few bottles in this hottest armpit of summer. 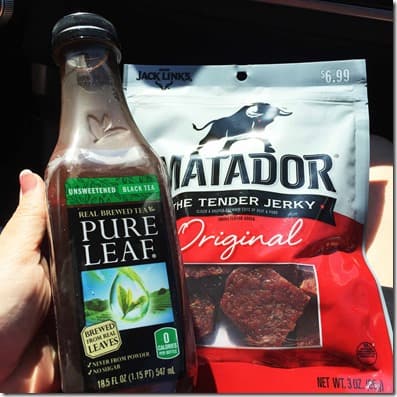 Getting on down the road a little, we hashed out the possible routes and I insisted we stop at Whataburger for lunch. He has never had one and I knew he would love it if he tried one. The burgers are huge and the toppings are endless. I got a double no-bun and devoured it all. Whataburger is now on the list of travel places that have gluten-free options. 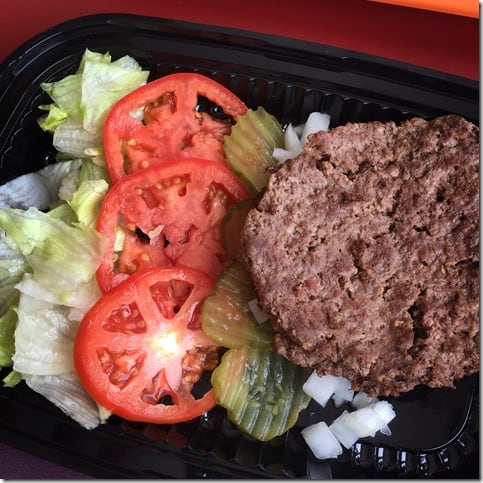 We decided to take a VERY scenic (and slower!) route by driving down the Destin, over to Watercolor and Seaside. We traveled to Destin a few years ago and loved spending the day around these 2 little towns. Ice cream/froyo and food trucks did not disappoint. 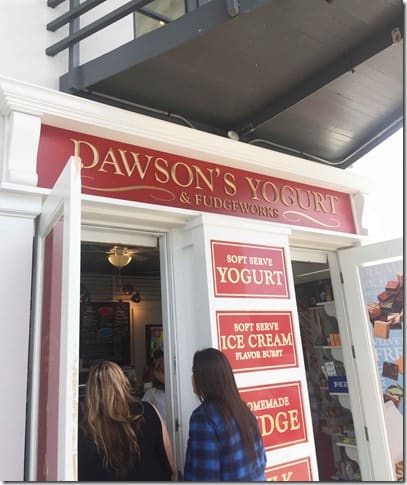 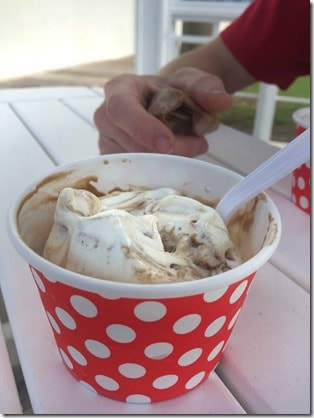 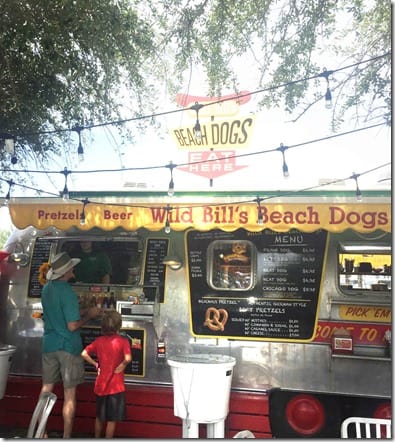 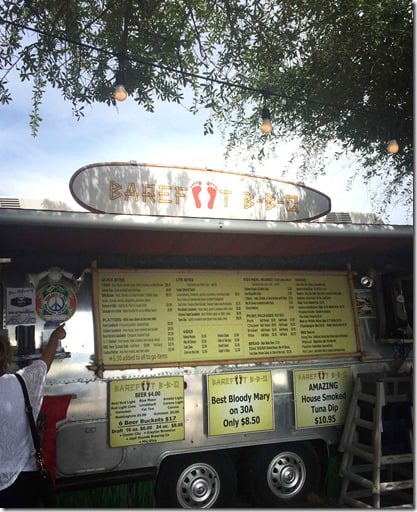 We got to our condo late in the afternoon and headed to the beach! We had stopped for groceries since we would eat in this first night. I had the obligatory pizza and cider waiting for me. I’m not sure when this became a thing for me, but it is firmly cemented in my travel rules. I must have pizza and cider while on vacay. I rarely eat it at home, so it’s a novelty as much as the beach in September.

This is Ciderboys fresh pressed apple and it’s really good! I’m so ready for my Woodchuck Fall reserve and Pumpkin reserve. This fresh pressed is pure summer in a bottle. 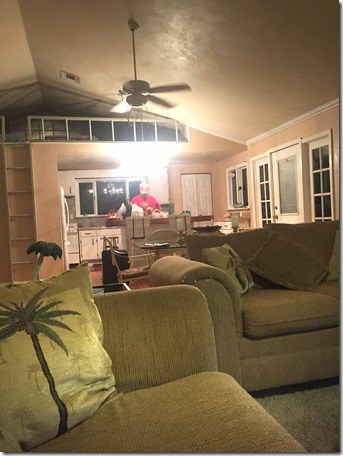 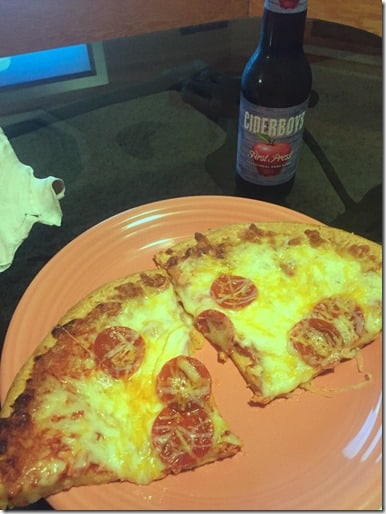 A storm blew up and I managed to catch some lightning behind the clouds. I love night storms. 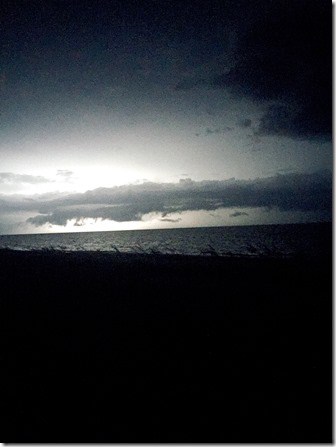 Full day 1 is over! Tomorrow is beach bumming and football gaming. Roll tide!!

Previous
Back to School 2017
Next
The Tide is Rolling in.
Click here to cancel reply.