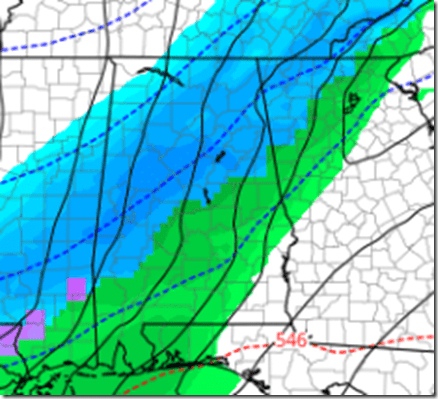 See that? That’s snow ALL AROUND TUSCALOOOSA. This model had us at 2-3 inches hours before the big show.

See that? That’s a 60% probability of accumulating snow. ACCUMULATING…not just a flizzard. Not just an inch of sleet. Serious blanket of snow that sticks. 60% chance and 70% chance line is just a few miles away. 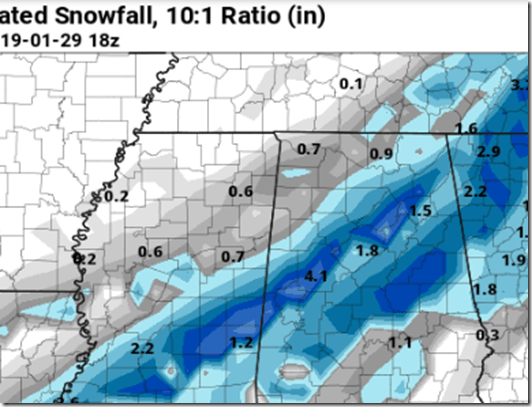 See that?? 4.1 inches. I haven’t seen 4.1 inches on this patch of Tuscaloosa ever. EVER. I never got too excited that we would get that much, but I thought we would get at least a good covering on the ground.

The National Weather Service had us in a WARNING for winter weather which meant dangerous travel. The governor declared a state of emergency to release funds for road treatments and make it easier for schools to make closing decisions. We closed, along with many systems in Alabama.

Everyone was in agreement that the 1-20 Corridor and Tuscaloosa seemed to be sitting in a sweet spot.

I set my alarm for 4am, just in case Atlas overslept his first doggy potty break.

And then I woke to this. 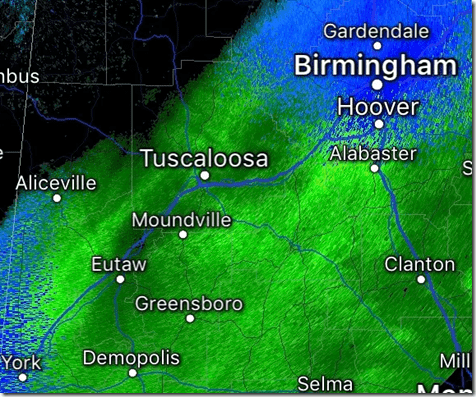 That is rain. RAIN. No snow. I’m sure it flaked a bit for a few minutes but nothing accumulated. I’ve suspected for years that there is some sort of heat inversion bowl over Ttown and this is further proof. It was too warm for snow.

I’m done with winter. I’m ready for a long spring instead. I don’t want summer humidity until June. But I’ll take 50’s-60’s, low humidity, flip flops and tshirts from now until then. 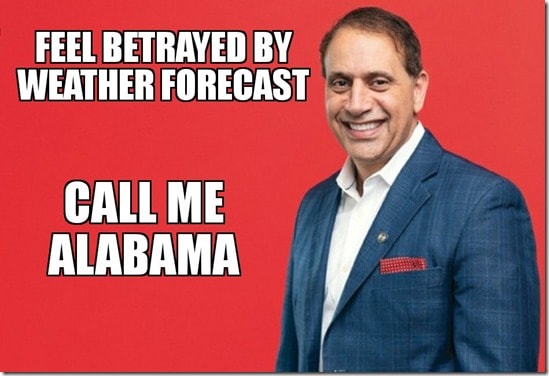 You would have to live here to get this joke. This is Alexander Shunarah. He has billboards EVERYWHERE and commercials claiming he can help people with anything from car crashes to paper cuts.

Bring on spring. I have a big middle finger for winter right now.

Previous
Plan With Me January
Next
What’s Up Wednesday January
Click here to cancel reply.