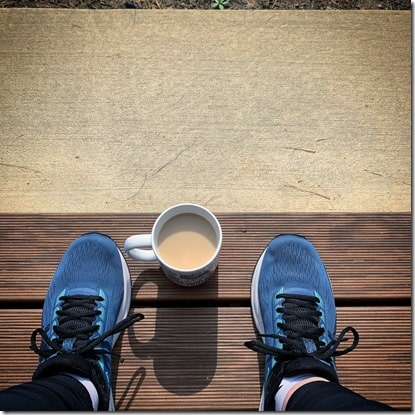 August is moving along quickly. I’ve had my head stuck in Kindergarten world for the past couple of week and I’m just now coming up for air. 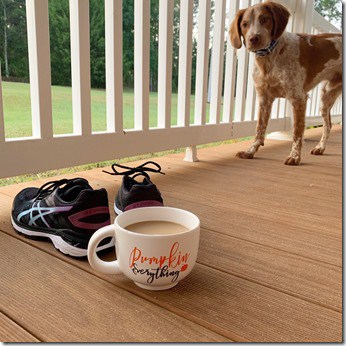 Between starting back to school, trying to hold off sinus infections and strep throat (THIS EARLY???) and maintaining the laundry, I’ve not had as many morning training sessions as I wanted.

But, after many years teaching, I know this about August. It’s always such a time drain and running takes a back seat.  Not only because I’m eating and sleeping school, but the weather rarely cooperates. It’s so miserably hot and the humidity makes everyone want to lie around like slugs. I need fall air asap! 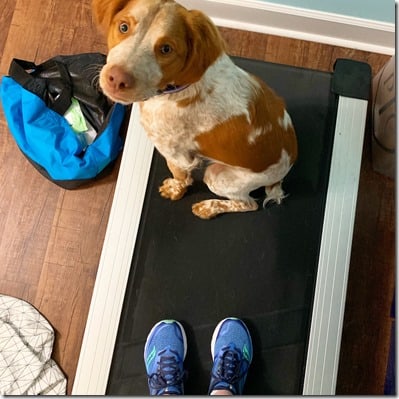 Some mornings, Atlas would join me on the treadmill after I was finished. We usually head outside to take a couple of laps around our property. But, with later mornings and the humidity outrageous even before sunrise, we’ve been stuck inside.

So what’s next on the racing front? I have a half-marathon for December planned. I’ve never participated in a holiday themed race so I’m very excited about this one. I’ve also got my eye on a few regional races with BibRave.

Fall is almost here and the racing weather is just around the corner!